Bishop Johnny Tates is a native of Houston, TX, born to the late Elder Inez and District Missionary Vivian Tates, and reared in a strong Christian home. He is the oldest son and second-born among six children.

He was educated through the Houston Public School System and is a graduate of Kashmere High School. During his senior year, he was president of his senior class. He continued his educational journey earning degrees from the following institutions:

He also continued in his religious studies and became a 1975 graduate of C.H. Mason Bible College earning a Bachelors Degree. And in 1979, he earned his Masters Degree from the Moody Bible Institute School of Theology.

He was saved and dedicated his life to the Lord in May of 1979. Four years later, he would answer the call to the gospel ministry in May of 1983. He was ordained an Elder in the Church of God in Christ in July of 1986 by the late Bishop Robert E. Woodard, Sr., and served as an Assistant to his father at the Faith Temple COGIC-Englewood of Houston, TX until the year 2000 when he succeeded him as pastor. He would continue in this capacity until 2007. 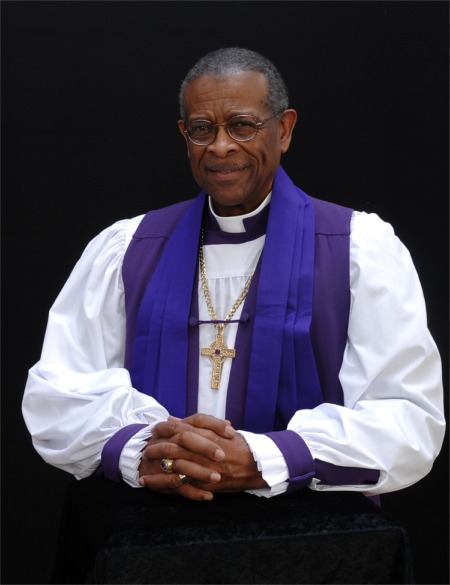 On September 28, 2007, Pastor Tates was appointed by Bishop Rufus Kyles, Jr. of Texas Southeast First Ecclesiastical Jurisdiction to become the second pastor of the Powerhouse Church of God in Christ. His appointment came months after the transition of the church’s founder, Superintendent Dr. Robert J. Anderson.  On Sunday, October 14, 2007, during the eleven o’clock worship service, Pastor Tates preached his first sermon as the official pastor of Powerhouse Church.

Since Pastor Tates’ arrival, the church has continued to experience growth and has added to its roster over 100 new members over the past 18 months. Through perseverance, hard work, commitment and sacrifice, Powerhouse Church continues to increase, not just numerically, but also spiritually and financially. The Powerhouse way of worship, warm embrace for the Word of God, and willingness to go the extra mile to serve God is something special (you got to see it and feel it to believe it!).

His duties included coordinating activities and information for the 19 Superintendents who facilitated the affairs of more than 136 churches across the east and southeastern regions of the State of Texas.

His secular professional experiences include Petroleum Research Engineering for the Shell Oil Corporation with research and plotting specifically off the coasts of Australia from 1967-1970; Structural Engineering Designer for the Bethlehem Steel Corporation from 1970-1982; a number of leadership positions, including Assistant and Deputy Superintendent levels for the Houston Independent School District (HISD) in Facilities, Maintenance, Food Services, Ancillary Operations & Transportation 1982-2000 and Deputy Superintendent for Administrative Services for the Alief School District 2000-2007.  He retired in June of 2007 after serving over 40 years in various secular capacities.

Bishop Tates has been active in a number of civic organizations; including but not limited to:

Bishop Tates is married to First Lady Lee M. Tates. They will celebrate their 46th wedding anniversary in April of 2020.  They have one son, Pastor Patrick Joubert of Ft. Worth, Texas; one daughter, Sis. Chontae Tates-Shirley of Houston, TX., and five grandchildren of whom they are particularly proud.

Sorry, this function is disabled!